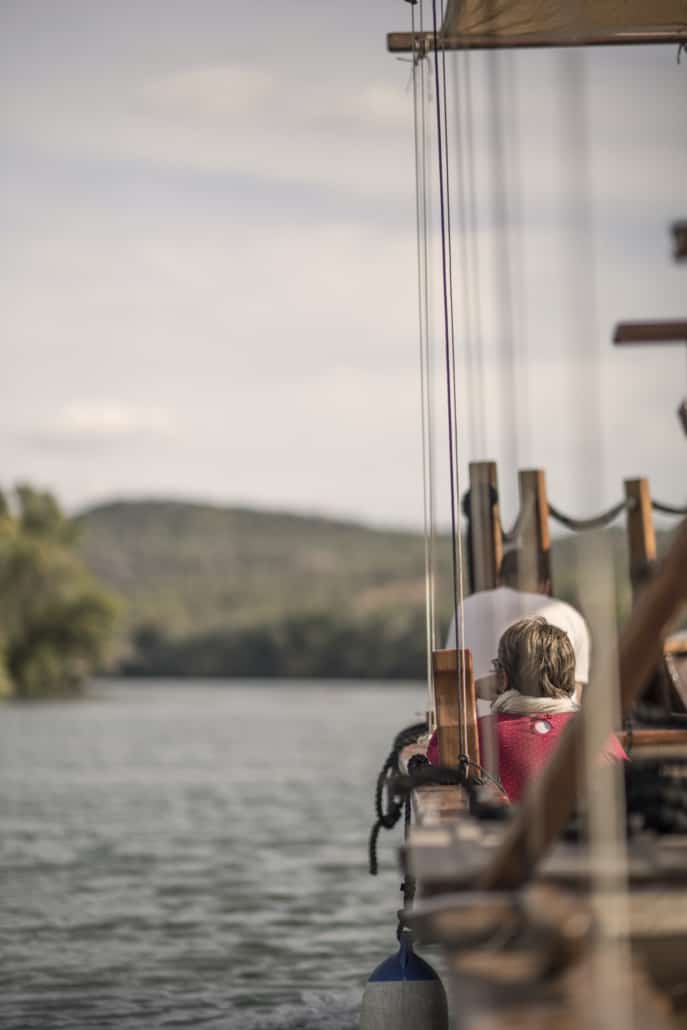 The River Ebro is undoubtedly at the heart of our region in every sense.

The use of the river and its water for transport, irrigation, natural resources, and protection allowed people to settle this area thousands of years ago. Ever since then it has played a key role in peoples’ lives in the lower Ebro valley.

In the Baix Ebre region, the Ebro flows beside or through the towns of Benifallet, Xerta Tivenys, Aldover, Tortosa, l’Aldea and Deltebre. It is an ideal place for a range of sporting activities including rowing, kayaking, angling and sailing among others.

The construction of this weir stretching across the river was probably started by the Moors and eventually completed in the fifteenth century. It was designed to collect water for the two irrigation canals which run parallel to the river from this point and are used to water vegetable and rice fields in the Ebro Delta. Classified as a Local Heritage monument, it connects Xerta, on the right bank, and Tivenys, on the left.

The old building still standing on the right bank of l’Assut was a sixteenth-century flour mill. A stone inscription on the mill shows the coat of arms of Tortosa and its year of construction, 1575.

There is a lock on the right side of l’Assut to enable boats to navigate the river and avoid the dam. There is also a small stone flight of water-covered steps for fish to use to move upriver. 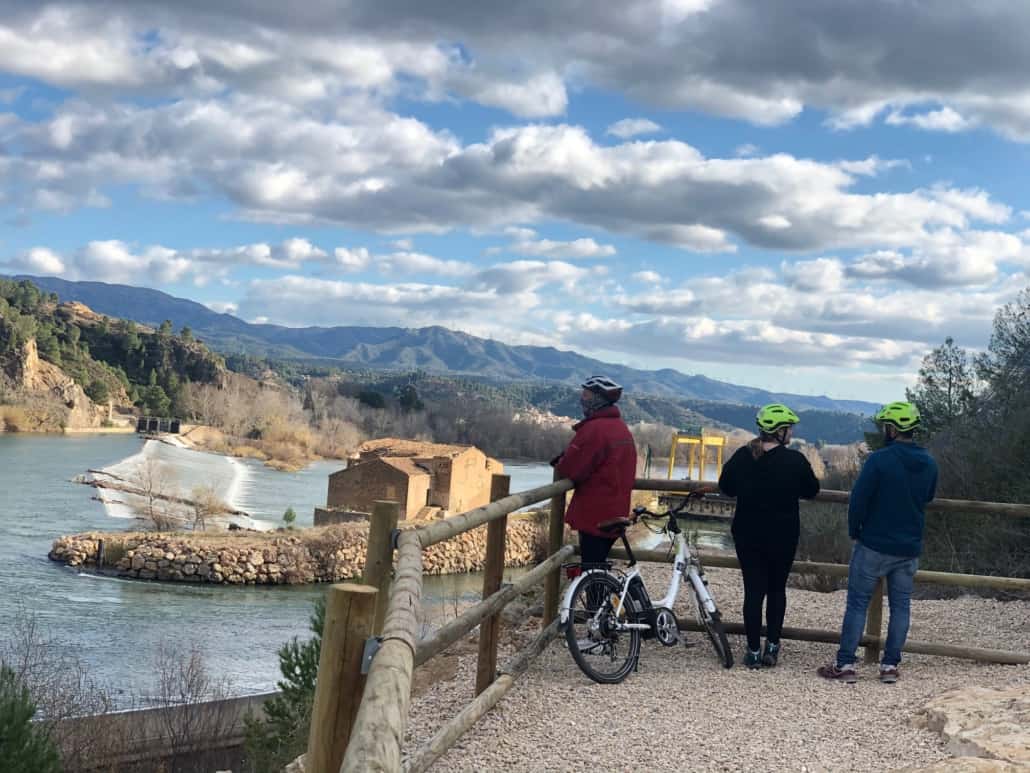 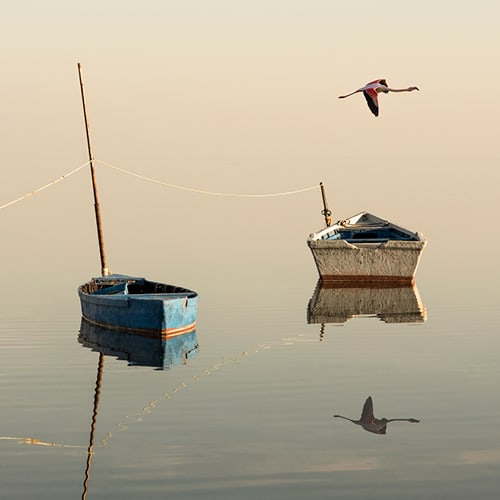 The Ebro offers different ways to enjoy your visit with family and friends, including sailing trips on traditional wooden boats called llaguts, or a range of other activites and adventure sports connected to the river.

Sailing activities in the sea include the option of hiring a small boat, with or without a skipper, or tourist boat trips along the coastline, enjoying the scenery and beaches in towns such as Deltebre, l’Ampolla, el Perelló and l’Ametlla de Mar.

There are two quite different kinds of beaches in the area. Huge wild sandy beaches backing on to constantly changing dunes on the shore of the Ebro Delta Natural Park contrast with small rocky coves with crystal clear waters and typically Mediterranean vegetation in towns like l’Ampolla, El Perelló and l’Ametlla de Mar.

The Baix Ebre region is also home to other interesting features connected to the sea such as old lighthouses, sailing and fishing harbours, river landings, and fish auction houses.

The Ebro offers unique views, river-based sports, and walks through typical riverside woodland as it flows through or past towns like Benifallet, Xerta, Tivenys, Aldover, Tortosa, l’Aldea and Deltebre.

One particularly interesting activity is the chance to enjoy a food or wine tasting event or a small concert on board a boat cruising down the river. 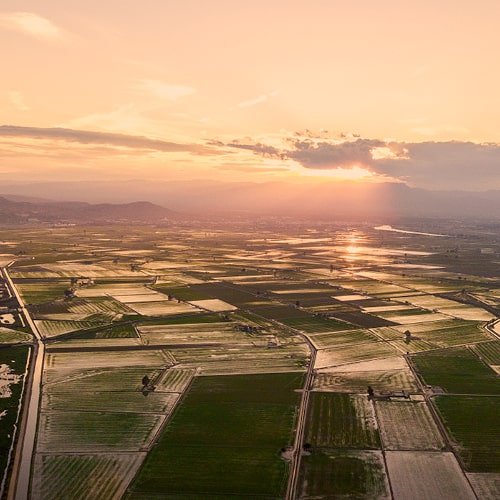 Where the river meets the sea, an ever-changing site depending on the whims and movements of both partners. The interaction between river and sea over many years has created the Ebro Delta, a unique paradise of deserted beaches, dunes, lagoons, islets and bays. A magical place, the Delta is a protected natural area rich in flora and fauna offering unique touristic experiences in beautiful surroundings.

The area around the river mouth includes the protected Garxal lagoon which you can visit by bike or on foot following a 2.5 kilometre path, and the Sant Antoni and Buda islands. A scenic viewpoint in a wooden tower built in the shape of a ziggurat offers amazing views of the area around the river mouth. It is an ideal place for birdwatching, especially in the early morning or evening when birds are more active.

Riumar is a small residential estate with tourist facilities and a beach located very near the river mouth.

A boat trip along the final stretch of the river to the sea is a highly-recommended activity for families, with spectacular scenery combining river, land and sea, accompanied by a wide variety of the birdlife found in the Delta.

The Mediterranean coastline of the Baix Ebre region offers a combination of charming small rocky coves with crystal clear waters and huge desert-like sandy beaches stretching out as far as the eye can see. Many wonderful coves can be found along the 16 km of coastline in l’Ametlla de Mar. To the north of the town, we can enjoy many shingle and pebble beaches such as the Cap de Terme cove, and the Llobeta, Calafat, Lo Ribellet, Sant Jordi, Vidre, Forn, Ampolles, Mosques, Torrent del Pi, Xelín, l’Estany Tort, Ambrosia and Arandes beaches among others. Within the town centre, we recommend trying the Pixavaques, l’Alguer and Cala Pepo beaches. To the south, beaches well worth visiting include the Bon Capó, Bon Caponet, l’Estany (a natural harbour), Santes Creus, Llenya, l’Estany Podrit and l’Àliga beaches.

El Perelló, the next town down the coast, has 3 km of shingle beaches. The l’Àliga beach forms the boundary with l’Ametlla de Mar, and is followed by beaches at Cala Moros, Santa Llúcia, Morro de Gos, and Cala la Buena.

Further south we come across the small fishing town of l’Ampolla, also known as the gateway to the Ebro Delta. Sandy beaches include the Avellanes, Cap-roig (which flies the Blue Flag for quality standards) and Arenal beaches. There are also many shingle beaches such as the Baconé, Capellans, l’Arquitecte and Els Pinets beaches and small coves at Cala Marina and l’Ascaret among others.

Moving out into the Ebro Delta Natural Park, within the town limits of Deltebre we find long deserted sandy beaches with changing dune systems where the heat often creates mirages. The main beaches are La Punta del Fangar, a protected bird nesting area stretching over 410 hectares, and the Marquesa and Riumar (Blue Flag) beaches, which can both be reached from the mouth of the River Ebro. Another spectacularly wild beach with moving sand dunes in the same area is the Bassa de l’Arena beach.