The local gastronomy in the Terres de l’Ebre is rich and varied. The contrast of the mountains of the El Ports Natural Park and the flat coastal wetlands of the Ebro Delta Natural Park, connected via the majestic River Ebro, creates a mosaic of landscapes and gastronomic delights.

Fish and shellfish from the Mediterranean, locally-produced meat and a variety of crops, and fresh fruit and vegetables from farmland irrigated by the Ebro all come together to create a wide range of top-quality local gastronomic treasures.

See the list of firms with the official Biosphere Reserve stamp.

The protection offered by the two long sandy ‘arms’ of the Ebro Delta means its two bays are ideal for fish and shellfish farming. Rich in nutrients thanks to the combination of fresh water and seawater, these natural areas offer excellent conditions for the breeding and farming of mussels, oysters, prawns and fish.

Honey produced locally around the town of El Perelló comes in a range of exquisite varieties including wild flower blossom, rosemary, and orange blossom honey.

The excellent qualities of extra virgin olive oil made from sturdy local olive trees are well-known and appreciated.

Other local foods worth trying include fruit and vegetables growing on small farms or in market gardens making the most of fertile riverside soil and the Ebro’s water. There are also a selection of mouth-watering typical local sweets and desserts. Three of them are symbolic of the three religions which lived alongside each other in Tortosa and the surrounding area: pastissets from Tortosa and Benifallet, squash jam filled pastries in a crescent moon shape remembering their Arab origin; coquetes (small biscuits in the shape of the Jewish Star of David); and Garrofetes del Papa, a simple small biscuit originally created in the Middle Ages for Pope Luna to alleviate his indigestion problems. Other sweet delights include the almond-filled pastries called punyetes from Roquetes, battered figs known as paracotes from Deltebre, cherry cake made with locally-harvested fruit in Paüls, and a kind of almond nougat called torró which is made in Xerta. Other local specialities include baldanes, a rice-filled blood sausage made in towns like Camarles, Tortosa and Alfara de Carles, and seafood such as eels, baby eels (angula), mussels, clams and oysters. 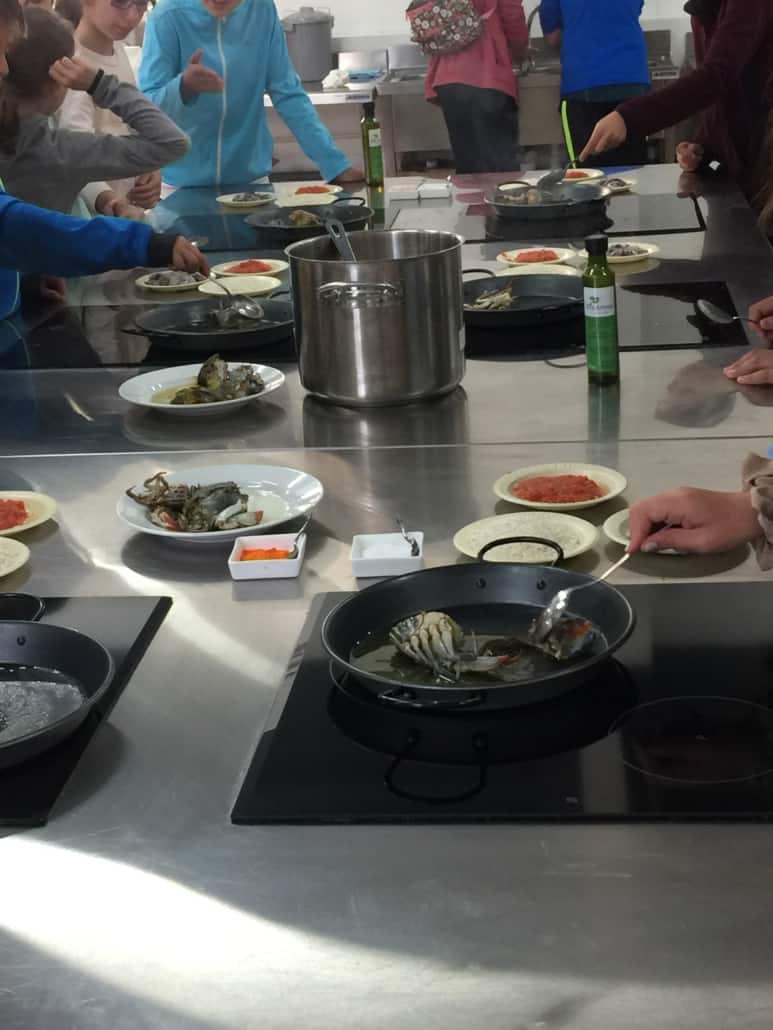 The Baix Ebre county council (Consell Comarcal) runs the Ebreterra, Tourist Inspiration Centre, a project designed to promote tourism and provide experiences, facilities and services for the tourist industry. Among other facilities, the centre has a large professionally-equipped kitchen area with sixteen cooking hobs, two fridges, two freezers, a wide variety of cooking and eating utensils, and furniture such as tables and chairs, all prepared for the organization of tasting events, cooking courses, showcooking and private gastronomy events. With these facilities and other rooms prepared for talks, classes, courses, and tasting events, Ebreterra is a unique place in the Terres de l’Ebre for enjoying all kinds of food and drink-related activities.